In the shadow of the well-known Bruges, the city of Ghent doesn’t get as much attention as it deserves. With more than 30 trains per day from Brussels and only around one hour ride, there’s no reason to exclude Ghent from your next trip to Belgium.

I can’t thank enough people who recommended me to visit this town.

Situated in the Flemish part of the country, Ghent is one of the five most populated cities of Belgium. Still small enough to feel authentic, Gent (in Dutch) or Gand (in French) is a well-hidden european city that you don’t want to miss.

Here’s why you’ll fall in love with Ghent too.

If you’re like me, you prefer to avoid buses full of tourists travelling by herds.

I’ve been to Brugge and it was chaos. Saying this town is not beautiful would be a lie, but the problem is that you cannot really appreciate it since there’s always people rushing you to walk faster and pushing you at touristic sites. Brugge is known to be a place to take great pictures, but you’ll get old waiting for people to let you take the perfect shots.

In Ghent, you’ll see the same kind of architecture and you’ll have time to enjoy it. Hurry up before everybody else know! 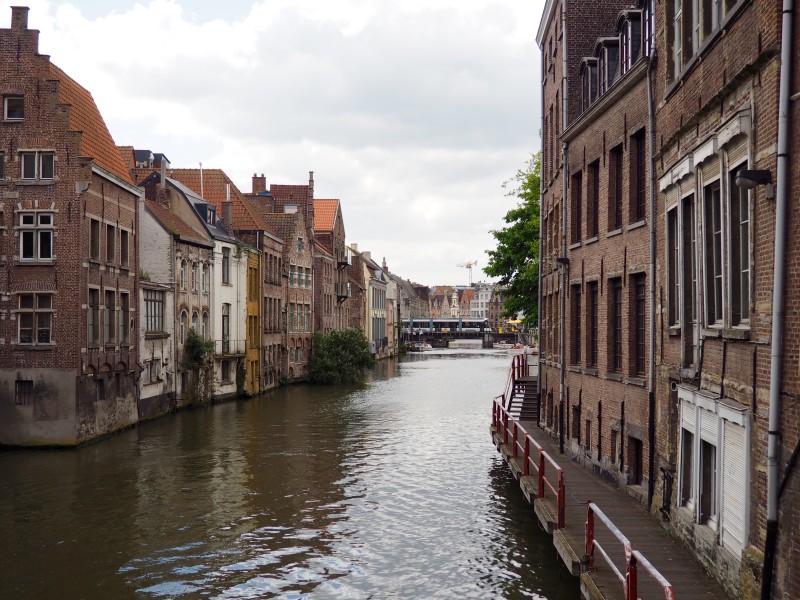 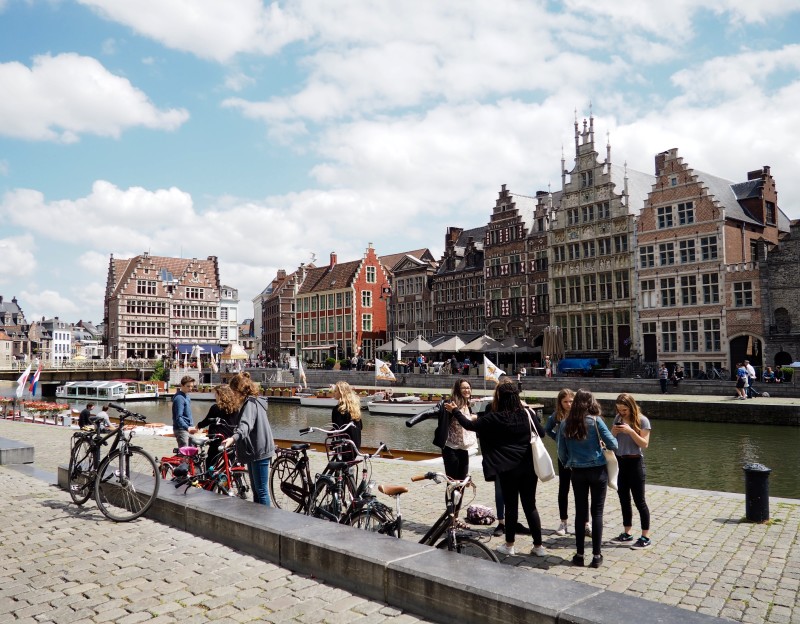 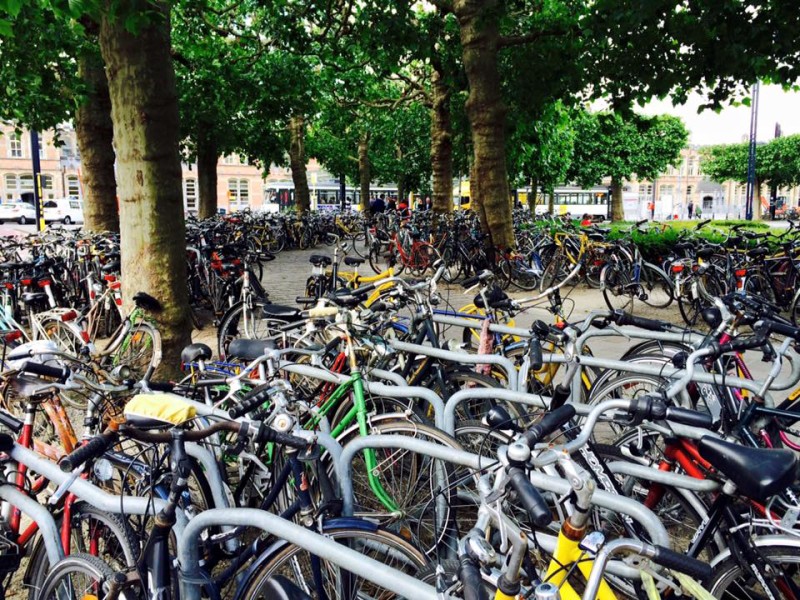 I had a huge crush for Bidon Coffee & Bicycle.

« We love good coffee and we really like to ride bicycles, so we decided to combine the two ». Part coffee, part bike shop, you can stop by to try a mocha made with Or Coffee, a Belgian coffee roasters company, and real chocolate. A must. 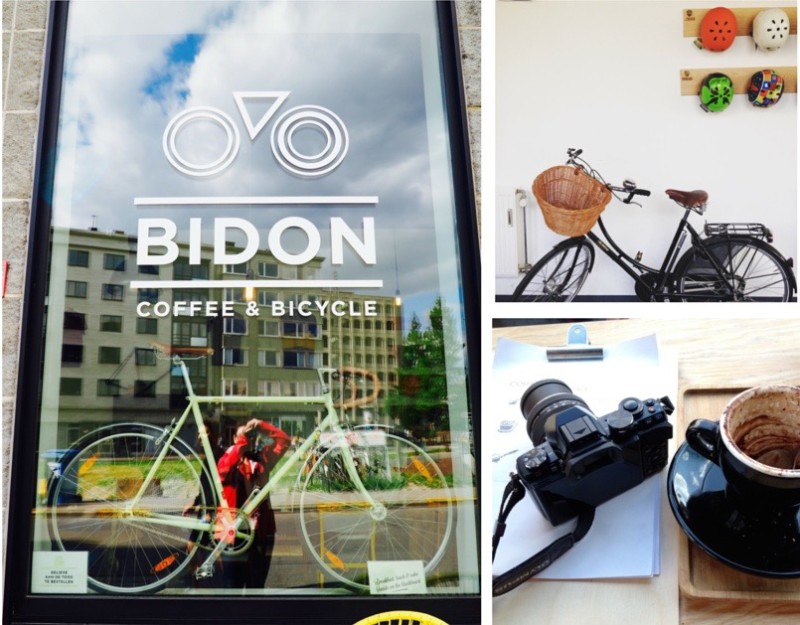 2. Visit a castle in the middle of the town

Europeans laugh at me because of my exaggerated fascination for castles but hey, we don’t have as many castles here in Canada!

I was really impressed by the Castle of the Counts throning in the middle of Ghent as if it was totally normal. Visiting the many torture rooms as the one staring an authentic guillotine, I must admit I felt way better walking outside. Ahah!

In my humble opinion, the view from the top of the castle is what’s really worth it, but I think I may be a little too sensitive.

Coming out of the Sint-Pieters train station, the first thing I noticed was the amount of bikes. Amsterdam has its reputation regarding cycling culture, but I’m sure Ghent is not far behind. While this is certainly debatable, you can’t visit Ghent without noticing the importance of bikes.

The city has made it easy to cycle around. Paths connect the entire city and racks are abundant. It inspired me so much by that I now use my bike more and more in Montreal. 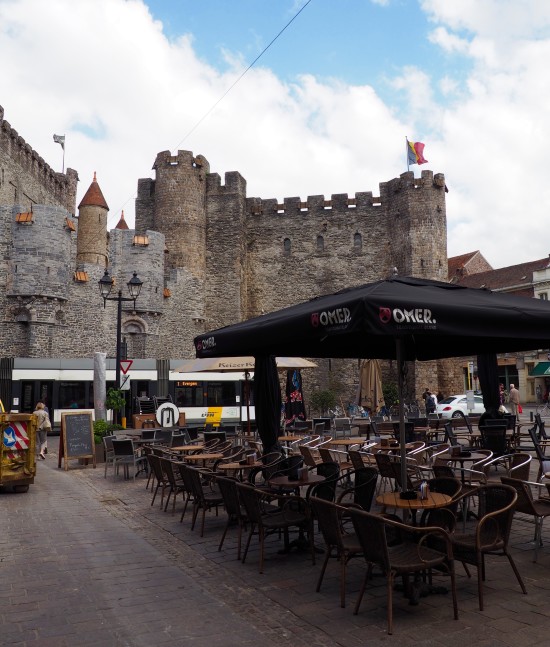 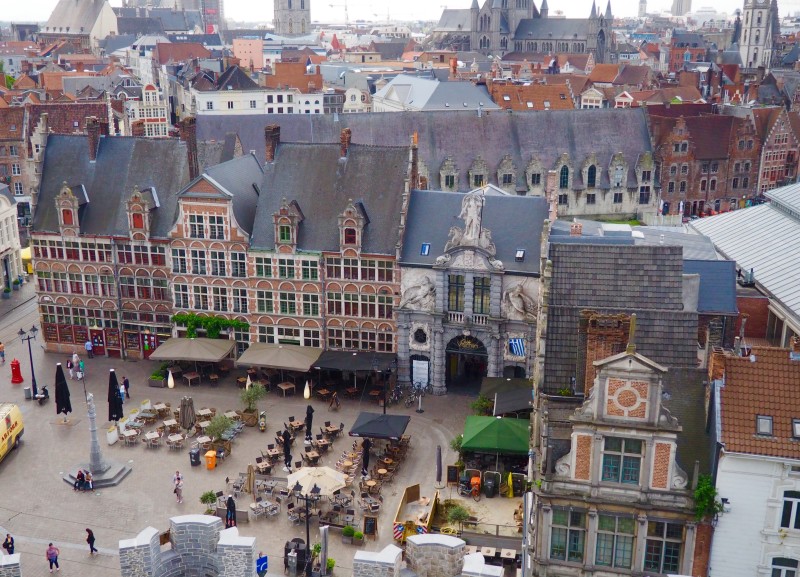 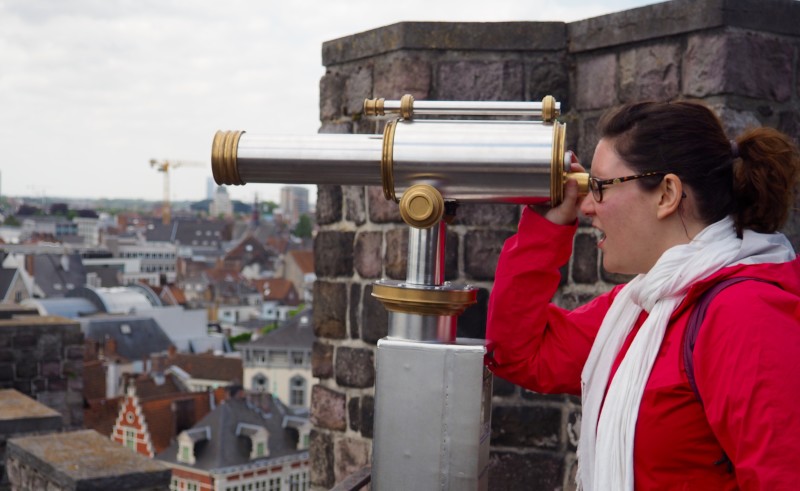 Mixing the medieval and industrial looks, you’ll also discover that Ghent has very good street artists. The official Tourism Board even promote the Concrete Canvas Tour to guide you to the most interesting artworks in the streets. 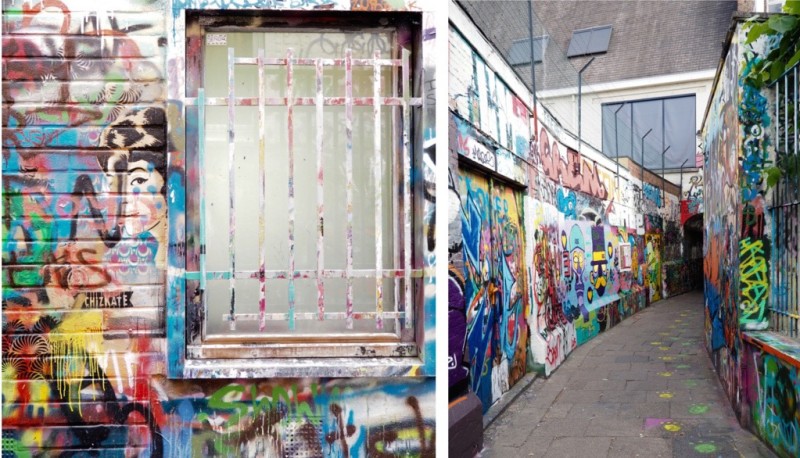 In an attempt to reduce climate change, restaurants and cafeteria offer a special vegetarian option on Thursday. Of course, you’ll also find plenty of vegetarian restaurants in town open every day. Ghent is basically the vegetarian heaven of Belgium.

While it’s not always easy to eat healthy while travelling, you’ll find there more options than you need  to satisfy your veggie cravings.

Since 2009, Ghent has declared every Thursday a vegetarian day!

Make sure to pass by Ghent during your next trip to Belgium, I promise you won’t regret it!