– Do you think the font on the station signs look like they’re from a comic book?, I asked Claude.

– Hum, maybe I think about it just because I know I’m in the Comic Strips Capital.

We then had a goal: to discover the comic strips in Brussels.

Like many of you, I thought of beers and chocolate at first when planning my trip to Belgium, and it is fun indeed to taste so many different beers and shop in chocolate factory that looks like jewelry. But to have been in Brussels for a week, I noticed there are more than food and drinks standing out in the city. If you look wisely, you’ll see all the characters hidden at every corner, giving the city its unique soul.

The best way to discover a town is by walking down its streets and wander around. In Brussels, the tourism board created a map locating the comic strip frescoes around town, and that takes walking to another level.

Kids taught us that we don’t need to be a kid to appreciate comic strips.

Go to Visit Brussels to get the map. They have two locations: Grande Place and Palais Royal.

During my first day in Brussels, I had the pleasure to have Pascale from the blog Scouich (in French) and her two kids as guides. No need to say that we need creativity to entertain kids during a whole day. When we let the little boy be the guide for the comic strips trail, the day took the appearance of a treasure hunt!

Using only the map and not the exact address given in the description, we had to search and really look at every corner to see where the comic strips were hiding. Every new one we found was a small victory! 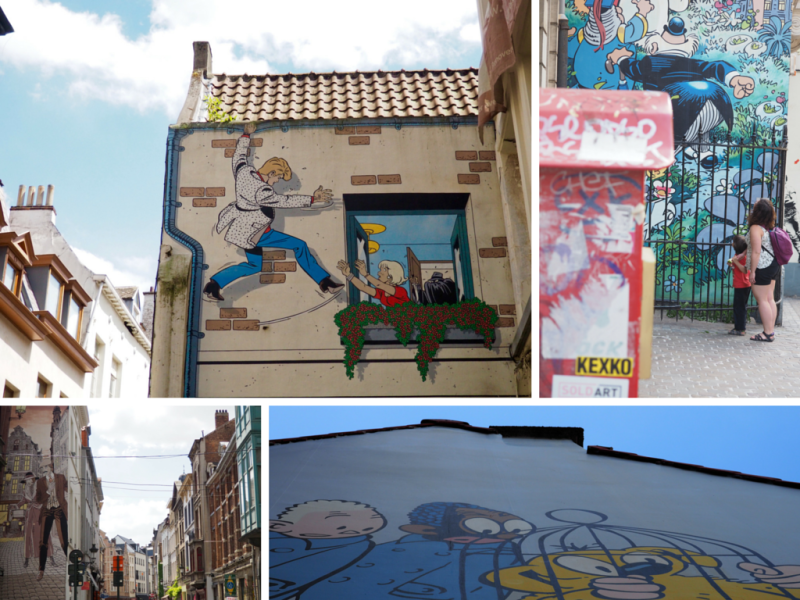 The Comic Strip Center is a complete museum dedicated to 9th art. With permanent and temporary exhibitions, you’ll learn more than you can imagine. The historical part answer the question on how comic strips began.

Despite that I love Tintin and the Smurfs, my favorite part was the whole room dedicated to the character Dickie. I had no idea of who he was and he totally cracks me up! I enjoyed the fact that it’s a caption-free comics, so people from everywhere can understand the jokes. 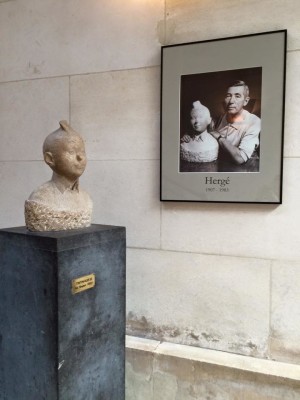 Talking about Smurfs, there’s a gigantic one at the entrance of the Museum. When I saw it, it made me wonder why I struggled to find the place. If you’re like me and are not too clever with maps, it’s behind the Hilton Hotel, into the Galerie Horta. You need to go down from the Central Station.

It is more a visual museum than the Comic Strip Center and I’d qualify it more of an entertainment. Not pretentious at all, you’ll enjoy it even if you usually don’t like museum. It’s for the fun of seeing your favorites characters in 3D.

You won’t know where to look in this museum! Tons and tons of figurines are staged in original decor, and when I say « tons », I mean it! I can’t pretend I saw everything in this place even if I got around twice. I’m sure I missed a Smurfs… 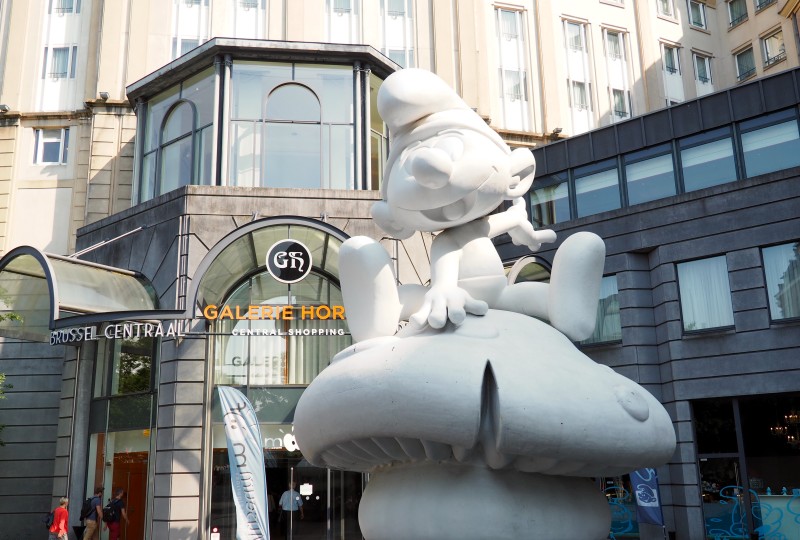 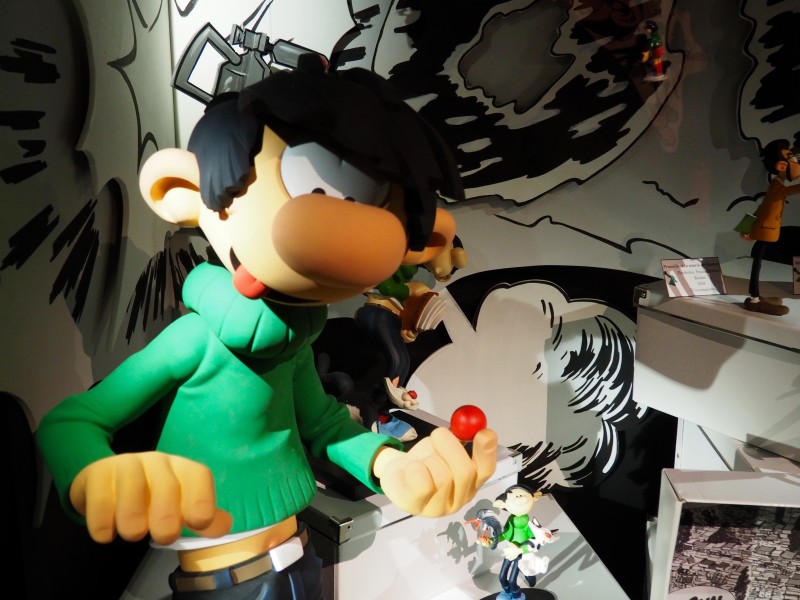 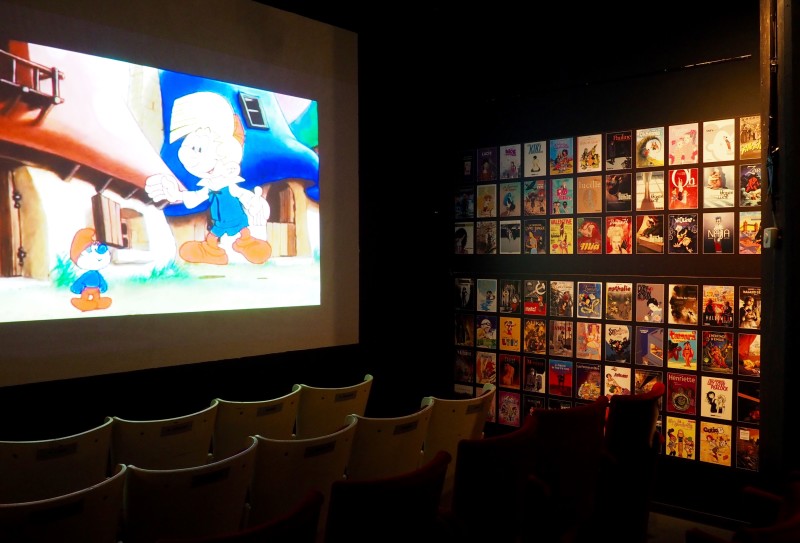 As you can imagine, there’s more than one Comic books store in Brussels. Really, I didn’t know which one to recommend, so I asked a local friend and he took us to Brüsel. The number of comic books there is impressive, and so was the number of people into the store!

Comic books in Brussels are really part of the culture. There’s nothing to compare here in Montreal. I bought a comic book about a suicidal rabbit, but don’t worry mom, I’m fun. It’s just my dark humour… 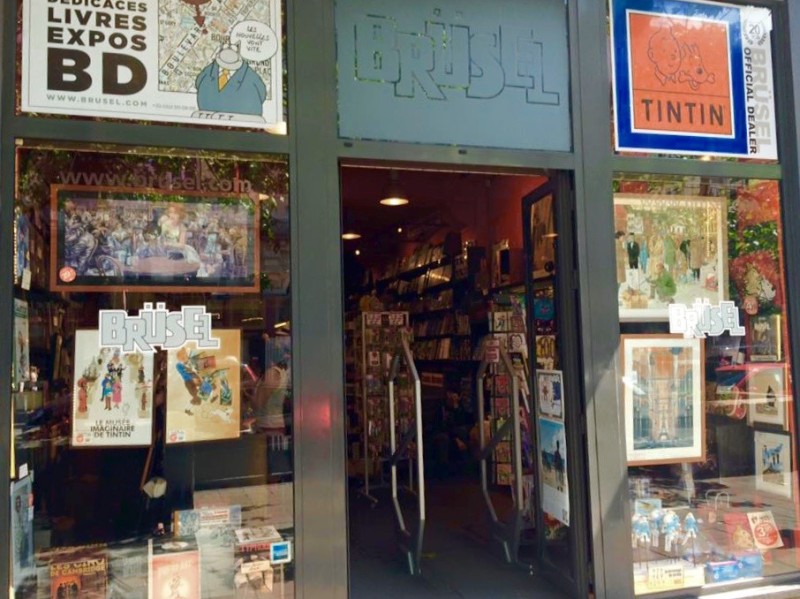 Thanks to Visit Brussels for the Comic Strip Trail map and all the useful information, and to MOOF Museum to have received me as a guest.