I’ve always wanted to try skydiving, and one day I will. The problem is that I’m a total wuss and the idea of jumping from a plane never comes to my mind. I have no problem diving, rafting, hiking… but skydiving is just a little too scary for me.

Fortunately, there’s an alternative for us, wuss of the world, and it’s called SkyVenture (or iFLY), and they are in Canada, United States, UK and Asia!

Once inside the cylinder, you cannot hear anything but the wind, so you’ll use the signs to communicate with the instructor. The wind blows at a speed of 175 km/h approximately, and it is enough to lift you of the floor.

The concept is simple: you fly in an indoor free fall simulator. It’s exactly the same feeling as skydiving, but you don’t have the odd part of jumping from 12 000 feet. (Yay!)

After a short class with an instructor, you just have to gear up and you’re ready to go into the cylinder. You’ll learn how to position your body and to communicate. 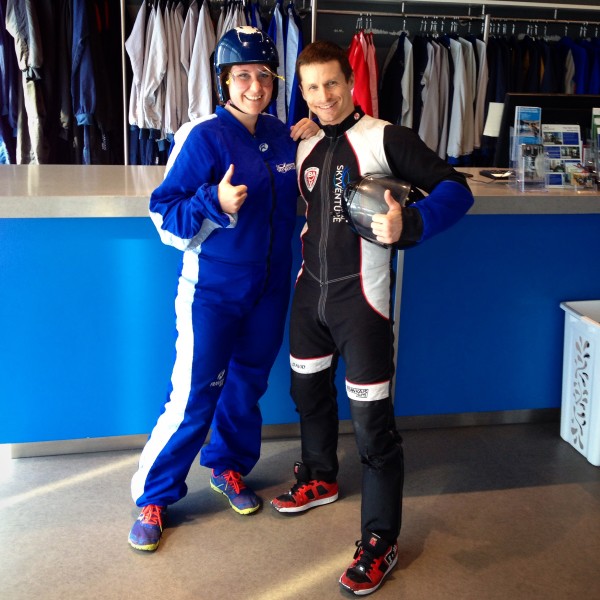 Despite what you may think, it is really smooth. It is almost like being in water. The air react to each of your movement and it is preferable to move very slowly. 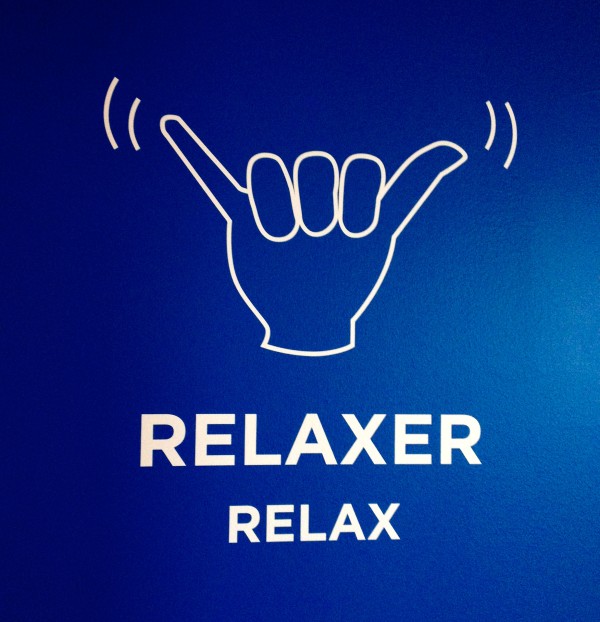 At the end of your second flight, the instructor will ask you if you want to try the tandem flight with him. There’s an extra 10$ fee if you decide to try it, but it’s the highlight of the flight! If you want an adrenaline rush, you need to take this option!

It is easy to breathe, and it is not hard physically. Relax! You don’t even have to think about opening your parachute!

If you are scared to try real skydiving (like me), I think you should try SkyVenture. Professional and amateur parachutists train in the cylinder, so you will really get the feeling of skydiving. 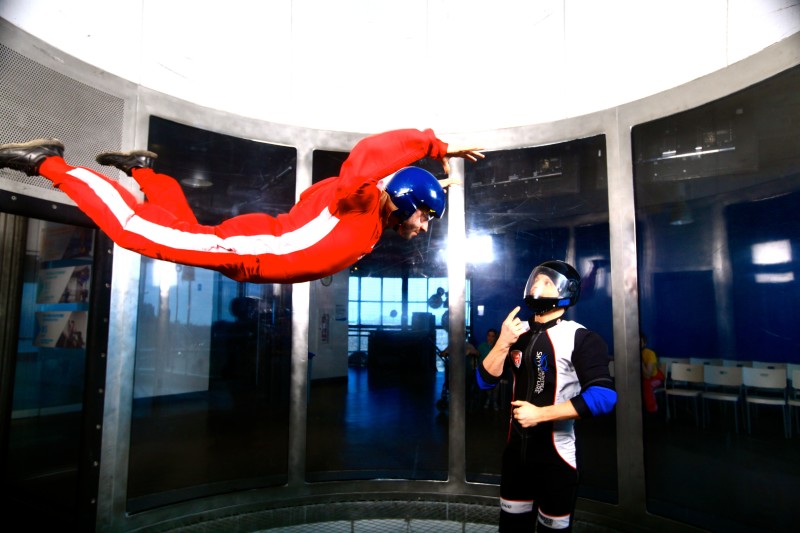 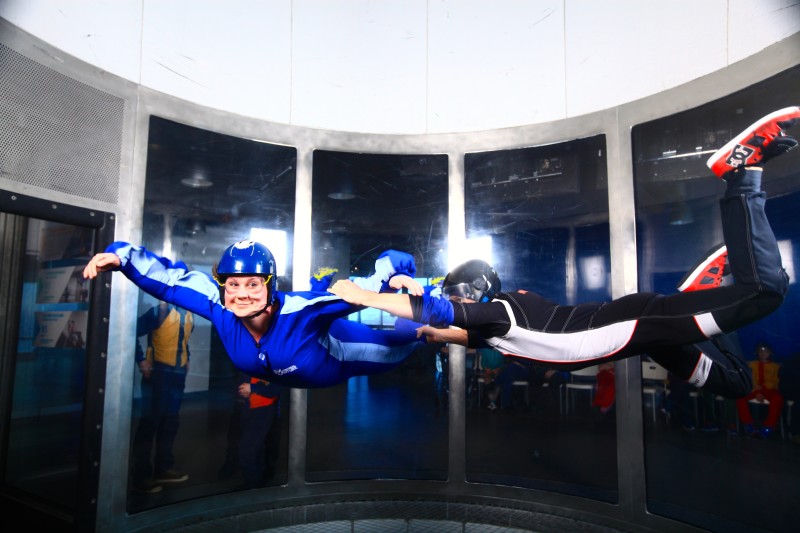 This adventure was my gift to my boyfriend for his birthday, and you know how much I prefer to give experience instead of gifts. We both had a blast and if you’re looking for an original, safe, and adventurous activity, I really recommend to try this at least once. 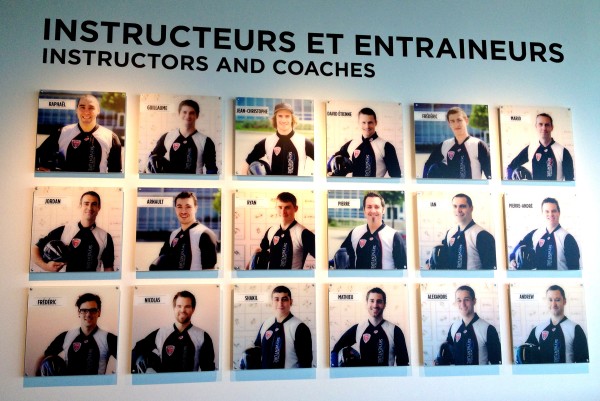 Another point, which is not a negative point because it’s absolutely not their fault: there’s no woman instructor!!! Only men!  In the whole world, there’s only 8 female instructors for about 500 men. Where are you skydiveress?

But, I think it is really expensive. Check the website for the detailed prices, but it is around 62$ for the class, and 4 minutes in the tunnel, so two flights of 2 minutes. It passes very quickly! Of course, it is less expensive than a skydive jump… But still, not for budget travelers.

I think the tandem flight should be included for this price, as the instructor is already there anyway. But really, it is the only negative point I see.

I want your opinion! Will you try indoor skydiving? Also, do you think I look like a blue flying squirrel?

Thanks to SkyVenture Montreal for the pictures and videos.