« So you’re travelling in Belgium, I mean, only in Belgium? You’re not going to Amsterdam or Paris? », the man asked in French.

Distances in Belgium are ridiculously short when we are used to travelling in Quebec. Crossing the country is the same distance than going from Montreal to Quebec city. I understand better now why Europeans are unable to evaluate travelling time appropriately in America. « Let’s go to Montreal and then New York and then Miami, shall we? »

In the train to Antwerp, this man seemed surprised that we spent our whole vacation in Belgium. Usually, people are just passing through the country going somewhere else.

Well, this time, I felt like slow travelling, which means for me to visit a new town everyday, but to stay in a 100km area, and Belgium was the perfect match. 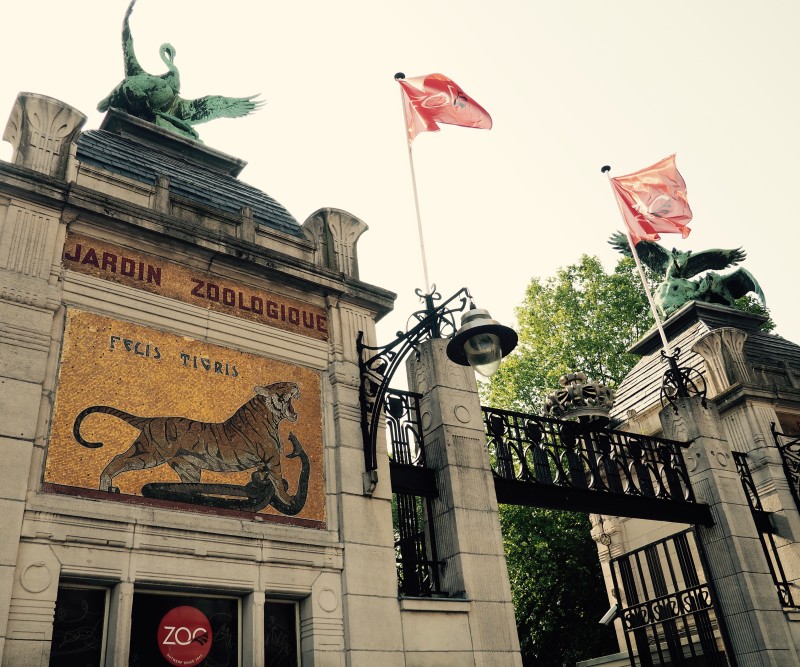 As short as it can be, the train ride from Brussels to Antwerp was enough to travel through travel.

Old buildings in Europe have nothing to do with old buildings in Quebec. I always feel like we lie to ourselves when we call something old here in Canada. It’s a bit forced, like a kid calling me Mrs.

I don’t know if I can qualify Antwerp of an old town. I felt like the zoo and the Central Station mislead us.

Surrounded by old architecture at our arrival, we had expectations for the rest of Antwerp. 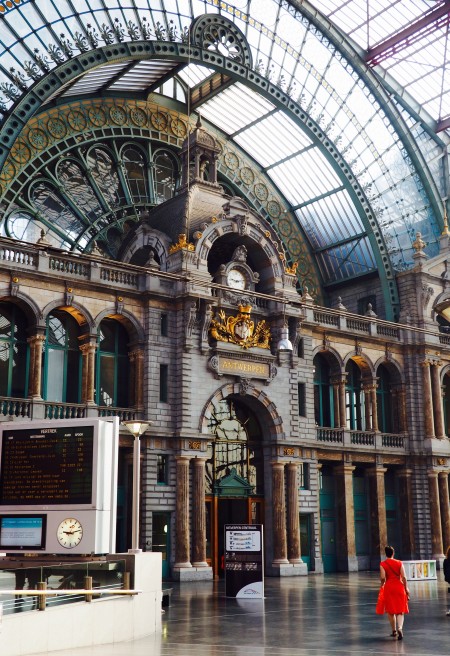 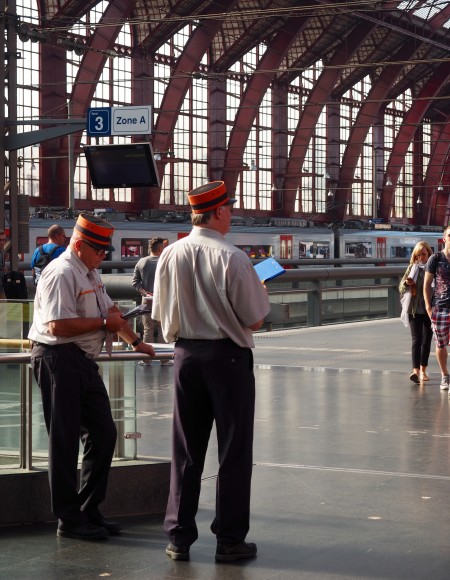 Sorry folks, I didn’t take any pictures of the main street. I kind of forget that I run a blog from time to time. Let’s describe it. It’s H&M and Yves Rocher, make up, clothes and some more clothes.

« Nothing », we said, we looked up. Truly, I needed nothing more than to be there, in a new city far away from home.

Coming back from Belgium, I fought my post-travel blues by posting on the Travelettes’ Facebook Group to volunteer as a guide for foreign travellers in Montreal. Literally two minutes later, I received a message from two girls from Antwerp that would be in town the next week.

Antwerp’s main street is beautiful if you look up. It’s a town that should be explored above eye level.

While first floors are occupied by international brands, rooftops remind us of Diamond’s Age (Antwerp focused on diamond trade for several centuries). The city sure looks like a prosperous city and I couldn’t help but think of the popular expression: « Look up, Princess, or else your crown will fall. »

When we came back from Antwerp, our friends asked what we bought.

Trust me, if you ever go to Belgium, you will encounter Belgians everywhere after. I think they sense it.

We met in a Café and I tried to help them with their itinerary. They wanted to go to Montreal and Quebec and New York and Toronto and to see the whales and nature…. They didn’t mention Miami though, which reassured me.

I decided that instead of just finding a way to make them see nature, I better just bring them to it for a weekend. Luckily, my boyfriend has a shack in the Laurentians, a region where nature reigns and lakes are abundant. 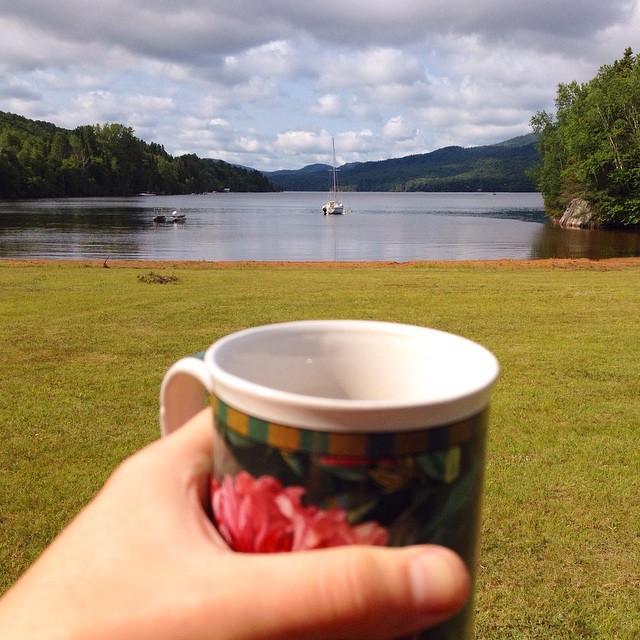 We agreed to take my boyfriend’s car to Saint-Donat, buy food for a BBQ, take a short boat trip and hike Mont Ouareau.

While going up the mountain, they learned that I’ll be 30 this year. « Do you think we are childish? », they asked.

They are two girls in their early twenties. 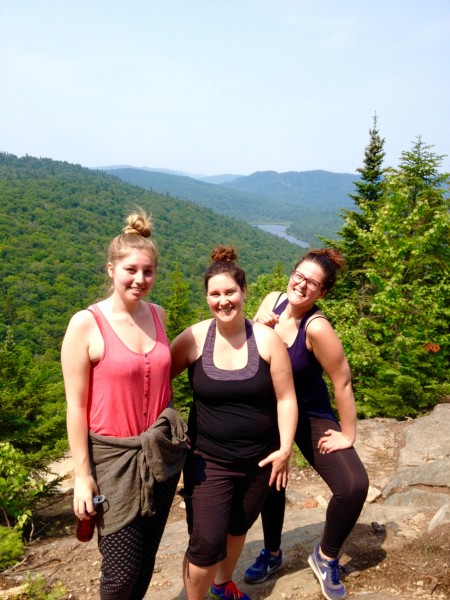 At the end of the weekend, they asked how much they owed us for the trip.

They insisted on giving us 20$.

I said: « Just pay it forward. If you meet travellers in Antwerp, do something special for them. Find a way to make their trip magical. »

I guess I finally, in a way, spent money in Antwerp.